Fantastic Fest 2019 Day One: ‘Sweetheart’ is a Killer Creature Feature, ‘First Love’ is the Best Takashi Miike Film in Years, and ‘Guns Akimbo’ is ‘Scott Pilgrim’ Via Axe Body Spray 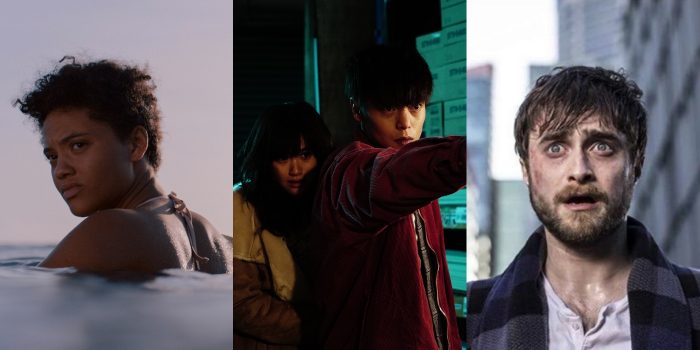 (Welcome to The Fantastic Fest Diaries, where we will be chronicling every single movie we see at the United States’ largest genre film festival.)

Welcome to Fantastic Fest 2019, day one. In this entry, Guns Akimbo is Scott Pilgrim for assholes, First Love is the best Takashi Miike film in years, and Sweetheart is a thrilling creature feature.

There’s no getting around the central thematic flaw inherent in Guns Akimbo, a film that preaches that enjoying violence is societal sickness while also asking you to enjoy these sick, gnarly gunfights, bro. Exploring that hypocrisy could be interesting, subversive even, but this is no RoboCop. And it’s certainly no Scott Pilgrim vs. the World, with which this shares some similar stylistic choices, namely the implementation of video game language to tell the story of an overgrown man-child coming of age. In this case, the overgrown man-child is played by a game Daniel Radcliffe, who does everything he can as a self-righteous internet troll who finds himself thrust into an online, live-streamed fight-to-the-death after pissing off the wrong chat admin. With guns literally bolted to his hands, he must survive a grueling gauntlet of killers, namely a sociopathic assassin named Nix.

This sounds fun, right? It does sound fun. It should be fun. Especially since Nix is played by rising star Samara Weaving (Ready or Not), who is quickly becoming the a queen of gruesome genre fare. However, Guns Akimbo plays one note and it plays it non-stop for 90 minutes, never finding a new tone, never exploring a new valley, and hammering that one note until your ears bleed. The result is ultimately less Edgar Wright and more like Crank and Gamer. If that one note – one that reeks of depravity and Axe body spray and message board comedy circa 2006 – appeals to you, you will probably have a blast with Guns Akimbo. There’s an audience for this movie and there’s no denying that the action is staged with flair and style. This movie is not a train wreck – it’s a coordinated assault on good taste and the senses and every choice is just that. A choice. This film clearly accomplishes what it set out to do.

Still, the film’s half-assed jokes, one-note characters, and stubborn refusal to take a breather for even a second to let us care about what’s going on in the story begins to wear quickly, especially as the weak-willed satire kicks in and starts literally giddily wagging its finger at you for watching all this violence in the first place. I have nothing against a great action scene and I’ll thrill to well-staged mayhem, but I don’t need a film this crass to give me a lecture, especially when its moral compass lies somewhere south of the YouTube comments section. 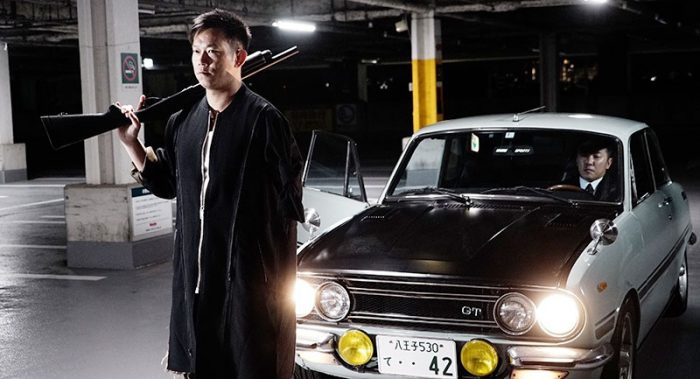 Filmmakers as prolific as Takashi Miike tend to rack up as many misses as they do hits, but there are few movies as pleasurable as a Miike film that connects. And First Love, rather appropriately for a movie whose main character is a boxer, connects like a right hook to the jaw. And to heart. And to the stomach. Because this is a film that pummels you with violence before it pummels you with comedy before it pummels you with an unexpected sweetness. Here is a movie that puts you through every kind of wringer it can think up, but you emerge feeling refreshed rather than beaten down. It’s a blast, executed with masterful wit from a filmmaker who is one of the modern greats when he decides he wants to be.

The premise is gloriously simple until it isn’t. A boxer is diagnosed with a brain tumor and with no future ahead of him, he rescues a young woman as she is pursued through the streets by a man. That man turns out to be a cop. A cop in league with a Yakuza enforcer who is double-crossing his superiors and framing a gang of Chinese criminals. Will all of these threads eventually tangle together in bloodshed? Of course. Will they also tie together in a manner both hilarious and oddly sentimental. Well…yes.

First Love plays like a live-action adaptation of an anime that doesn’t exist. Or like an early Coen brothers movie set in the Japanese underworld. Or like an old-fashioned screwball comedy that occasionally collides with a twisted action movie full of literal back-stabbings and gun battles and sword fights. It’s an unstable concoction, one that has no right to work as well as it does as it flips between emotionally loaded moments about finding purpose in life and slapstick that would make Chuck Jones blush. It’s also a concoction that works, damn it, a film that I’d like to revisit immediately to study how each piece fits into this collage of genres.

Sure to please those looking for a violent Yakuza crime film and those who appreciate moving tales of broken people finding one another, First Love is the kind of movie that sums up the Fantastic Fest experience. It has to right to exist. It has no right to work. But here it is.

Sometimes, all you need is a familiar premise executed to perfection. J.D. Dillard’s Sweetheart operates on a premise so simple that it begs you to see if so you can see what makes it different. This is a movie about a young woman who wakes up shipwrecked on an island, seemingly the only survivor of an unseen nautical accident. During the day, she must survive: fishing, breaking open coconuts, and scavenging for supplies and shelter. During the night, she must survive: a mysterious monster lives in a hole just offshore and it emerges when the sun goes down to hunt. Cue 82 lean, smart and thrilling minutes of survival at all costs.

Kiersey Clemons (Hearts Beat Loud) continues her ongoing rise to stardom as Jenn, commanding the screen in a role that requires her to act alongside an empty beach and an icky, imposing sea monster (a combination of thrilling practical effects and mostly effective CGI). It’s the kind of role that could have been filled by a cypher, but Clemons brings a vulnerability to the part, eventually giving way to a toughness that feels earned and realized. If certain scenes recall the man-versus-monster scenes of 1987’s Predator, that’s certainly not an accident, but the added element of the human at the center of it all being mortal woman who bleeds and not a musclebound soldier adds a vital wrinkle.

Of course, the other half of the equation is the monster, introduced in the best creature feature reveal shot since that alien wandered past that birthday party in 2002’s Signs. It’s the kind of chilling and beautiful moment that feels instantly iconic, sending waves of terror and awe through your body and promising that the rest of the film will be very much worth your time. And yes, the rest of the film lives up to that promise. Mostly. Aside from a few late speed bumps that require spoilers to dissect, Sweetheart lives up the promise of its first half hour, leaning into the raw terror of being alone on a deserted island with a monster that wants to eat you.

Sweetheart is a technical marvel – beautifully shot and powered by a score and sound mix that pull you into Jenn’s headspace for every scare and every chase sequence. It’s the kind of film that deserves a wide theatrical release, not a dump into the VOD ghetto next month. So do yourself a favor: avoid the trailers and seek out Sweetheart immediately when it arrives in a few weeks. This is small-scale genre filmmaking at its most raw, its most fat-free, and its most vital.

The post Fantastic Fest 2019 Day One: ‘Sweetheart’ is a Killer Creature Feature, ‘First Love’ is the Best Takashi Miike Film in Years, and ‘Guns Akimbo’ is ‘Scott Pilgrim’ Via Axe Body Spray appeared first on /Film.